Since 2006, there have been at least 41 separate Black Friday-related incidents in US, that have resulted in 11 deaths and 108 injuries.

Americans have spent roughly $87 billion during Black Friday this year. That’s about $3 billion less than the last year. Have the Black Friday-related incidents followed suit and went downhill as well?

How many people died on Black Friday in US?

For data on this year (2019), we analyzed news headlines from around the World using Google News, removed anything that happened abroad and reviewed the incidents, so only those related to Black Friday remain. To analyze data from years before, we consulted with Black Friday Death Count, a website that collects headlines of online news publications around the world, covering deaths and injuries that happened during or due to participating in Black Friday shopping.

At what cost to human lives have this annual celebration of consumerism happened? The Black Friday violence statistics is this. Since 2006, there have been at least 41 separate Black Friday-related incidents in US, that have resulted in 11 deaths and 108 injuries.

At first glance, it seems that the peak of Black Friday-related violence is behind us, with 45 injuries reported in 2011. However, if take into account the nature of these injuries – all stemming from 2 separate pepper spraying incidents affecting 40 people (both occurred in Walmart stores in North Carolina and California), the numbers are distributed much more evenly throughout the years.

Where do Black Friday injuries happen?

The vast majority of Black Friday injuries (72%) occur inside of the retail stores, where shoppers battle over cheap ultra wide HD TVs. However, the most deaths (45%) happen on the open road, where exhausted and sleep-deprived drivers lose control of the car.

About 20% of incidents happen at the store entrance as crowds first rush to enter the building, often injuring staff members or themselves. Additional 9% take place on the parking lots, where customers fight over parking spaces or are victims of Black Friday-induced violence.

Black Friday gone wrong: the cause

We categorized by cause all 41 Black Friday incidents that occurred in the US since 2006. Many of the incidents that occurred during Black Friday are indeed related to a stereotypical stampede of customers rushing through the store entrance. Yet injuries and deaths have also been caused by pepper spray, shooting, stabbing, fighting and exhausted sleep-deprived drivers falling asleep behind the wheel.

Yet the deaths and injuries most commonly associated with Black Friday are the result of stampede and trampling incidents. Most notoriously, in 2008, a New York Walmart employee was trampled in the stampede of over 2,000 people that streamed over him. He was a temporary worker, hired for the holiday season.

“When they were saying they had to leave, that an employee got killed, people were yelling, ‘I’ve been on line since yesterday morning,’ ” one witness told The Associated Press. “They kept shopping.”

Shootings also have been quite common on Black Fridays, with a total of 24 reported incidents and a 6 out of 11 reported Black Friday deaths occurring as a result of a shooting incident.

In 2016, a man and woman were arguing in the Walmart parking lot in northwest San Antonio, crowded with Black Friday shoppers about 4 p.m. The man had grabbed the woman by the hair and was beating her.

So Zarate, 39-year-old father of 4, pulled his car up to the couple and told the man, “Take your hands off her,” according to police.

At that point, the assailant pulled a firearm and started shooting. One shot hit Zarate in the neck, killing him.

“I couldn’t have taken more than 30 minutes inside”, Benavides said. “And when I came back out, Isidro had a bag over his body — that’s how fast it happened.”

The car accident deaths were all the result of exhausted and sleep-deprived drivers falling asleep behind the wheel after Black Friday shopping. This way, a teen returning home from Black Friday shopping fell asleep at the wheel, and was killed in a wreck. And a 39-year-old father of 4, was driving home from a Black Friday all-night shopping trip with his 34-year-old wife and four daughters, ages 12 to 24, as a roll-over crash killed two of his daughters.

Looks like this year all the unfortunate deaths and injuries have forced Black Friday shoppers to abandon the in-store experience and complete their holiday shopping online.

Luckily, the death tally for Cyber Monday will remain zero for the foreseeable future. 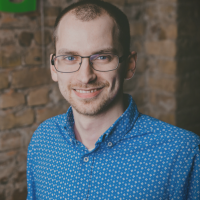